Pets have immense power to change a human’s perspective on life. They are known to improve your health and you can literally feel your heart melt when an adorable dog walks into your arms. They offer a very different type of companionship where they make you feel present at all times. Petting and hugging animals can immediately relieve you of stress and they also help you meet new people.

…and that’s what we call a “Happy Mexican in the snow!” ??❄️ #ONStorm @weathernetwork #rescuedog #zelda pic.twitter.com/s5ZdnbIBau

The power of pets cannot be dismissed, even by the Pope, who recently mentioned in one of his messages that pets take the place of children. And he’s right, when pets are more manageable than kids these days, who wouldn’t prefer them?

Pet owners always want to have strict boundaries before having their pets. But once the animal comes in and crosses the boundaries, the boundaries are thrown out the window, not the animals. As pets become family, doing something for them never feels like going too far; instead, it feels like a parent’s duty.

Here are some situations that made headlines for pet humans, but if you ask parents, they’d probably say it was cool.

Here’s a compilation of how pet owners have gone overboard in celebrating their pets.

1. AN RS 7 LAKH BILL AND A FREE ARREST WARRANT

Gujarat Police recently arrested three people for flouting Covid standards for celebrate your dog’s birthday. Dago Mineshbhai Patel and his family run a paan parlor in Gujarat and wanted to celebrate their dog Abby’s birthday. Pomeranian dog Abby celebrated her birthday in style with the Patel family and friends, as they danced to folksinger Kajal Mehria’s Gujarati songs.

The family has reserved a huge party ground in Ahmedabad, decorated the place for the “perfect” doggo with lavish tents and large posters. But because so many showed up without masks at a time when Ahmedabad was watching a rise in Covid cases, police booked three people under the Epidemics Act and arrested them for hosting the party. 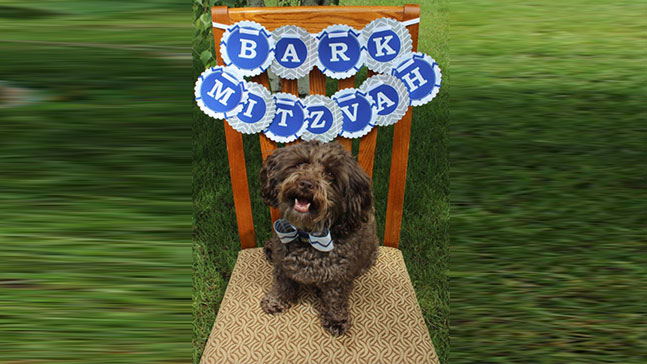 A Bark Mitzvah became a new trend that caught people’s attention when Hollywood sctor Jason Biggs and his wife performed the ceremony for their dog Teets. The Dog Bar Mitzvah was completed with the 13-year-old dog receiving blessings from Baruch atah Adonai at the Sinai Temple in Westwood, CA as he transitioned into adulthood (or dog age).

Many people loved the idea because they believe that the dog also has a right to religion. Additionally, it is an opportunity to cherish the presence of their pet in their lives and giving it a religious name is just a personal decision to celebrate the dog. 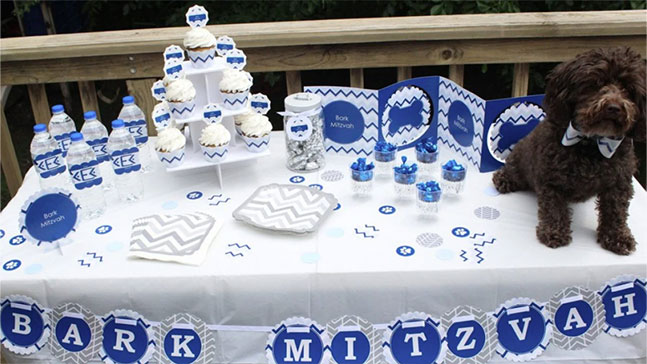 Recently another incident of a construction worker paid by the day in Shivamogga district of Karnataka came to light when he threw a lavish birthday party for his pet Siberian husky Tyson. He threw a big party for 150 guests and gave his dog the best birthday present: a super luxurious mattress costing over Rs 15,000.

What was surprising was that Mohammed Ayaz was earning around Rs 1,000 a day installing tiles but never thought twice before spending the money on his baby. Although her pet’s date of birth is unknown, the celebration marked one year since the dog’s arrival at Ayaz.

George underwent life-saving US$200 surgery in 2014 after the discovery of a tumor in his body. Who is George? A small goldfish.

Prior to the operation, 10-year-old goldfish George was unable to swim and eat properly and was starting to “really hurt”.

When the doctor told the fish’s owner that the only two options were to either surgically remove the tumor or put George to sleep forever, the owner decided to do everything he could to save the fish. How could she not? She was “completely attached” to him! 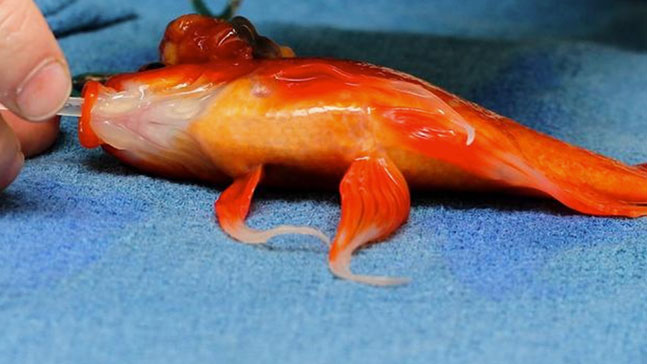 After the 45-minute surgery, George was transferred to a recovery unit and given oxygen. He also received injections of long-acting painkillers and antibiotics. The Lort Smith Animal Hospital, a non-profit organization in Melbourne, Australia, posted a statement on its Facebook page saying: “The operation went well and George has now returned home to his beloved owner. .”

4. REQUIRED KIDNEY FOR THE CAT

Have you heard of the saying “a cat has nine lives?” Stanley the cat was at the end of his nine lives, meaning he had survived everything he could but probably wouldn’t survive this.

An American couple spent a colossal sum of US$17,000 to save the life of their 17-year-old pet cat for a kidney transplant when he was suffering from end-stage kidney failure. The vet had said the only way to save the black and white feline was with a kidney transplant, if he even qualified for the operation.

Another condition was that they also had to adopt the donor cat.

For college professor Betsy Boyd, $17,000 wasn’t too much to spend on the surgery that saved her beloved cat’s life. Do you want to do the same? https://t.co/UcbKZ42rQs pic.twitter.com/uOBSVgReum

Although Betsy Boyd only earns US$46,000 a year as a part-time writing teacher, she opted to spend $17,000 to $19,000 on those costs, even though friends tried to instigate her. deter. She could have saved that money for her twins’ education, right? But she wanted Stanley and he loved Betsy as much as any human being, and she loved him the same. So she was going to do it anyway.

Here is what she said in an interview:

“I love all my cats, but Stanley is the only one who acts like a human trapped in a cat’s body. He’s so vocal and communicative. He maintains eye contact better than any cat I’ve ever had. never known. When I’m at work, he waits at the window or the front door for me to come home, like a dog.

A dog boarded a business class cabin on a flight from Mumbai to Chennai. Rather usual? No. He was the only one there as the owner had reserved the entire cabin for the dog to travel luxuriously.

Each business class seat on a Mumbai-Chennai flight costs (at least) Rs 20,000 and the cabin has around 12 seats, with only 2 pets allowed on a flight. So the owner must have spent a minimum of Rs 2,40,000. Apparently, dogs have traveled business class before with Air India, but for the first time, an entire business cabin has been reserved for a pet.

A woman from Mumbai booked the entire business class cabin on a @airindiain flight ✈️ to Chennai for his dog? (Bela)…many others have read my report? #AvGeek https://t.co/3hPBACsCbA pic.twitter.com/32SeaUHPv7

Would you go that far for your pets if you had one?

And before you think about that, here’s a video of Telugu superstar Vijay Deverakonda and his husky, Storm, during his first flight:

The first airplane flight of this Gentleman. pic.twitter.com/fnaXeYOwZc

On the Greek island of Hydra, after the party, Jeff Koons unveils a monument to the sun and friendship