Sony is betting on mobile games and plans to release 1/5th of its proprietary games on mobile by 2025.

Sony is preparing for a great diversification. PlayStation is no longer limited to consoles and Sony has already brought its games to PC. Now it is also turning to mobile.

In a recent Presentation of the 2022 corporate strategy meeting, Sony has confirmed its plans for significant expansion on PC and mobile. By 2025, Sony expects 20% of its first-party titles to be available on mobile. This fits with the company’s strong push towards live services, as most mobile titles are expected to be live games. 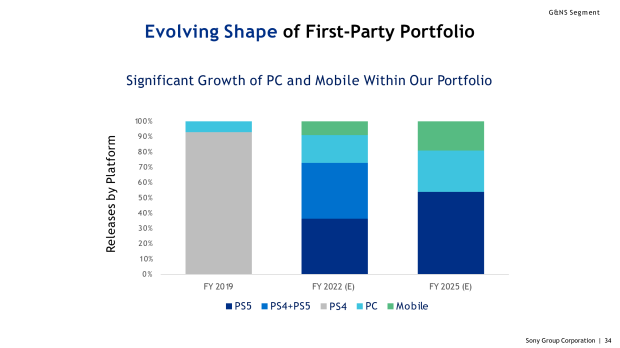 Sony also uses Lasengle, the developers of its famous game Fate Grand Order, to help him pursue his mobile ambitions. Lasengle is working on new projects and Sony says it will synergize well with other teams and games.

The idea is for all branches of PlayStation’s games division to work together as best they can, and it wouldn’t be unusual to see Lasengle advising and cooperating with other teams like, for example, Guerrilla Games, Firesprite or even Naughty Dog.

Sony’s rationale is clear: the mobile games market is expected to reach $166 billion and account for 57.8% of total games industry revenue by 2025. Sony wants to be ready to tap into this market with a list of new mobile experiences based on party IPs. 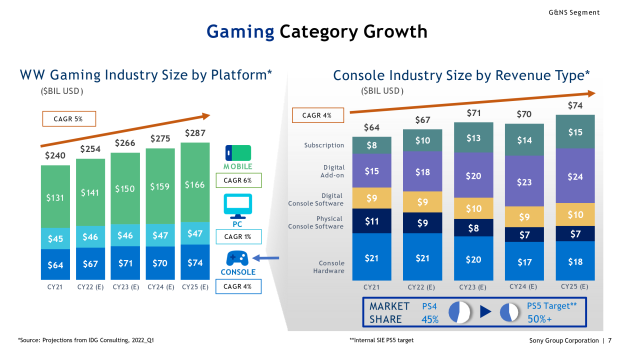